A few weekends ago, we took a weekend trip to Birmingham, whilst we were there, we were interested to see how Edward Burne-Jones’ legacy has lived on, so many years after his death, in his birth city.

Throughout England, stained glass is a part of the church that draws visitors attention due to their beauty; but they aren’t just in place because of how they look, there is actually a rather important reason for them that dates back to medieval times. Because religion was an important part of daily life, bible stories were told through images in glass. Many people were illiterate and so this was a great visual way to teach the stories within the bible without the congregation needing to be able to read. In the sixth century, Pope Gregory urged artists to paint scenes inspired by the Bible and the saints and morals within to educate the masses, it has been since this that stories have been told this way. Burne-Jones’ stained glass is no different, and tells stories through his glass as he encouraged and provoked people in their faith journey through his art. We were able to visit a church and see his window for ourselves which was very exciting to see!

We went to the Cathedral of St. Philip, which in 1884, due to a growing congregation, underwent a significant enlargement- with three new windows to be installed, the firm of Morris & Co. was an obvious choice due to Morris’ and Burne-Jones’ recent involvement in the artistic activities within the city. The three windows were each given names, “The Ascension” in 1885, then two years later both, “The Crucifixion” and “The Nativity” and for each piece of art, the firm was paid 200 pounds (at the time, a considerable sum of money- if only we could get such beautiful windows created for us these days for this price!)

In his account book, Burne-Jones wrote about the window, “It was in the year (I was about to say of Grace) 1885 that visiting my native city of Birmingham I was so struck with admiration at one of my work in St Philip’s Church- (May I mention parenthetically that in that very church at the tender age of a few weeks I was enlisted amongst the rank and file of the church militant) struck with admiration at my own work (a naive confession which all artists will condone) I undertook in a moment of enthusiasm to fill the windows on either side with compositions which I hoped and perhaps not unreasonably hoped to make worthy of my former achievement…” The firm’s best painters were enlisted to help make the commission the best it could be, Bowman and John Henry Dearle. To quote the guide book we purchased in the Cathedral named, “Edward Brune-Jones, Pre-Raphaelite Glass in Birmingham” by Alastair Carew-Cox and William Waters, “These windows show the art of Burne-Jones at its greatest. He utilised traditional images culled from the medieval period onwards for their iconic impact. His use of them however is totally new, seeking to express his deeply felt spirituality through the creation of mood and atmosphere, and like his contemporaries, the symbolist painters in Europe, his intention is to generate similar feelings in the viewer by means of aesthetic devices.” Burne-Jones is still acknowledged today as one of the great artistic genius’ and more than one hundred years after his death, is still revered as being amongst the greatest of artists in glass. “From being one of the Pre-Raphaelite followers who chose to bring the art from out of the neglect of the centuries before, he took it to new heights of expressive power. His skills and example paved the way forward for 21st century artists to accept stained glass as the major art form that it is today.” It is amazing to think that this man came from a modest home in Birmingham, that we accidentally stumbled upon whilst walking around the streets of his hometown! (Temple Street) 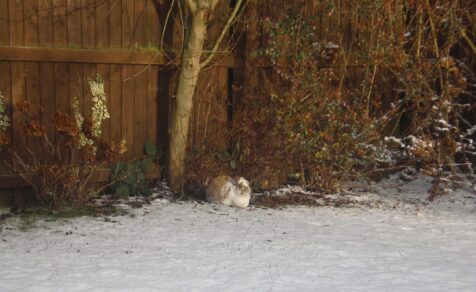 Recently I was lucky enough to go to California and stay on the RMS Queen Mary. I thought you may like to see some of...