Charles Dickens (1812-1870) had a difficult childhood, as a result of his parents’   financial problems.  Dickens saw many different aspects of the society he grew up in,  as a result of his family’s changing fortunes.  In addition, Dickens was writing his novels at  a time when British society was changing very quickly, (almost out of all recognition), due to the Industrial Revolution.  Dickens wrote about many aspects of his society and the problems that existed, in a way that no-one had before.

Dickens became hugely successful with the publication of The Pickwick Papers in 1836.  William Morris grew up reading Charles Dicken’s work, as Dickens was a generation older than Morris.  Morris used to quote Dicken’s characters in his letters and everyday speech.  Morris described himself as a “humble worshipper” of Charles Dickens. Happy Halloween everyone! We think we've had more than enough tricks this year, so how about a treat? Enter code: HALLOWEEN at checkout on our... 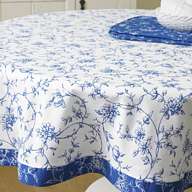 If you are anything like us, you're currently sat in work wishfully thinking of being at the seaside in the sun with an ice cream...