Recently, we were lucky enough to be able to visit Rudyard Kipling’s former home, Bateman’s. Set in the East Sussex countryside, the house is absolutely beautiful. Kipling is perhaps best known for his 1894, The Jungle Book. Today he is considered one of the great English writers, born in Bombay, India, his parents had travelled over to help the British government run the continent like so many of their peers had at the time. His mothers sister married Sir Edward Burne Jones, who was good friends with William Morris- it is funny to see how all these famous writers, poets and designers all knew each other during this time!

Kipling famously fell in love with India, its culture and language, the influences it gave him can be seen throughout his life work, and in his home at Bateman’s with oriental rugs and artefacts showing his connection to India. Aged 6, Kipling was sent to school in England, and lived with a foster family who didn’t treat him well. Telling no one of his troubles at his new home, he seeked solace in literature throughout his younger years, which shaped his career path into the great novelist he became.

On a journey across the Atlantic ocean, bound for New York, as so many at the time on these sort of passages found, the weather was freezing, the journey was long, and Kipling and his young daughter Josephine came down with pneumonia, he survived but she did not, and it was at this point Kipling and his wife left America, and bought Bateman’s, cherishing the isolation and peaceful life it provided them.

At Bateman’s he found the happiness he thought had died along with Josephine, which, when visiting the property it is not hard to see why! Our favourite part of visiting the house was seeing where he wrote in The Study, as such an inspirational British writer, this is rather exciting to see! 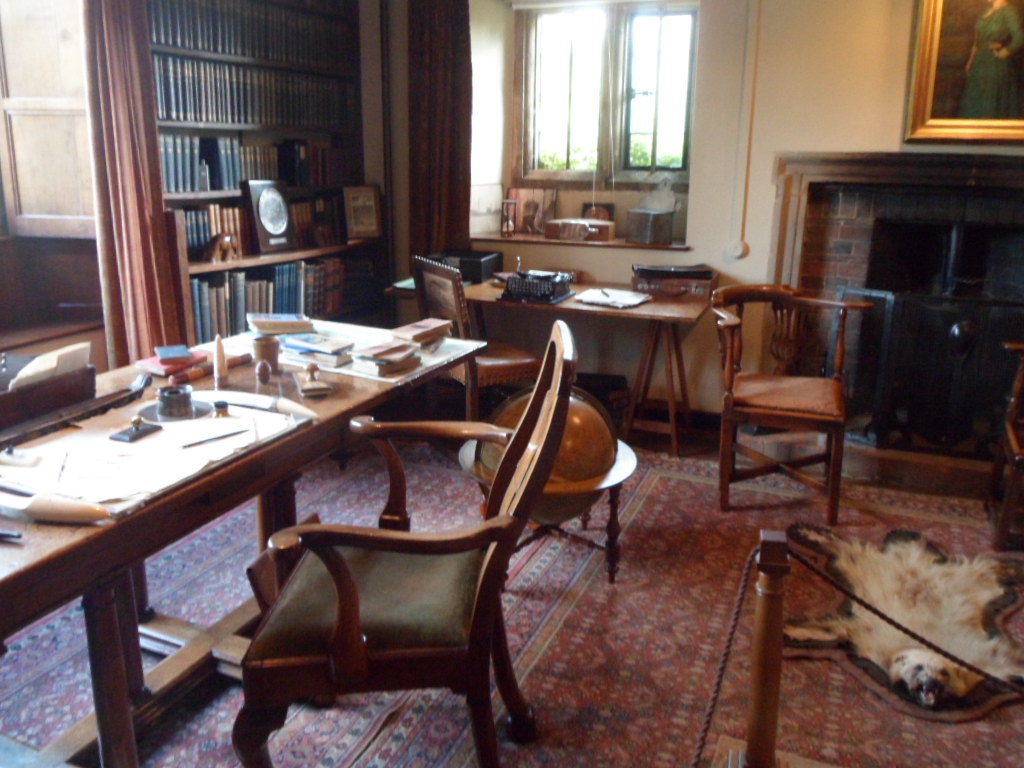 James Silvester Sparrow (1862-1929) was a stained glass artist who also made stained glass for other designers such as William Morris, Walter Crane and Frank... Standen House in West Sussex is a beautiful house built from 1892-1894 and was originally for a London solicitor James Beale and his family. He...