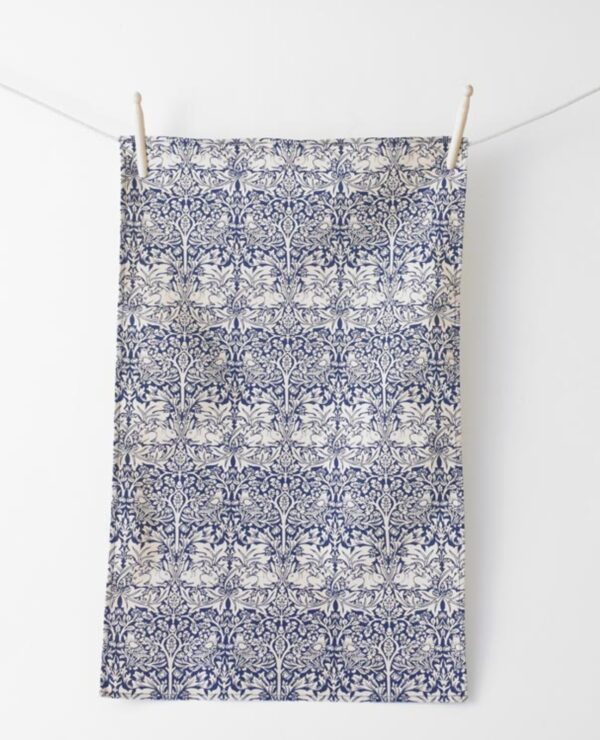 Our cotton tea towel is the perfect kitchen accessory, both stylish and practical!

Our tea towel is machine washable at 30 degrees. As with all printed fabrics, please wash face to face (fold the tea towel and wash pattern to pattern.)

Just like all our designs, our Brother Rabbit cotton tea towel is printed and manufactured in the United Kingdom. All our William Morris designs are licensed designs, printed both size and colour wise to our own specification to best suit our products. Matching item available are pvc apron, tablecloths, napkins, fabric by the metre.